The site is located circa 2.2km to the north of Maidenhead within the residential area of Furze Platt. The site is situated on the northern side of the B4447 Cookham Road and is bounded by residential dwellings to the west and south with open land located to the north and east.

The which is allocated within the Borough Local Plan (AL25 and AL28) is approximately 19 hectares and comprises mostly arable agricultural land with small pockets of grassland and an area of woodland located in the north-west site area. 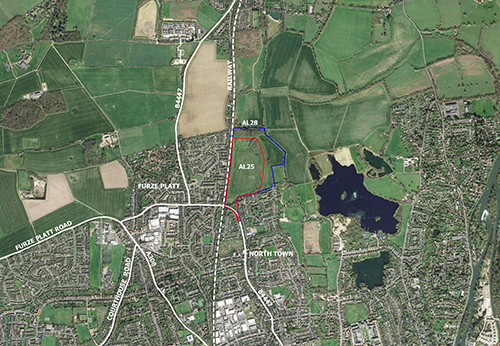